Update after mixup of centrifugal and centripetal forces 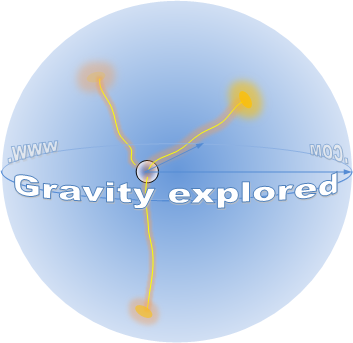 Gepubliceerd door Maessche in update · 12/5/2020 23:40:00
Stupid mistake by mixing up Centripetal and centrifugal forces. Centripetal is within the atom the same as the Coulombforce (holding the electron in orbit) and the centrifugal is the outward directed force.

Gepubliceerd door Maessche in proof · 8/2/2019 22:29:00
When looking to the time difference which occur between Earth's surface and an GPS sattelite this Theory can explain the time difference. On Earth's surface g is appr. 9.81m/s2 and on the sattelite g = approx. 0.56m/s2. According to this theory size of a atom in space is a little increased. Due to the increase in size, f.e. light emmited from these atoms have a relative longer wave lenght. Wavelenght is depending on size of the atom of origine and the speed (frequenty) of the elektron. If the produced light travels towards earth, it will get the same wavelenght as it would had when produced on earth. With in mind that lightspeed is constant  and due to the relative increased atom(wavelenght) the lightspeed in space is relative a little faster than on Earth. Lightspeed is measured in meters per second. Or inversed in second per meter. But after one day the calculated time difference is 36.6 microsec. 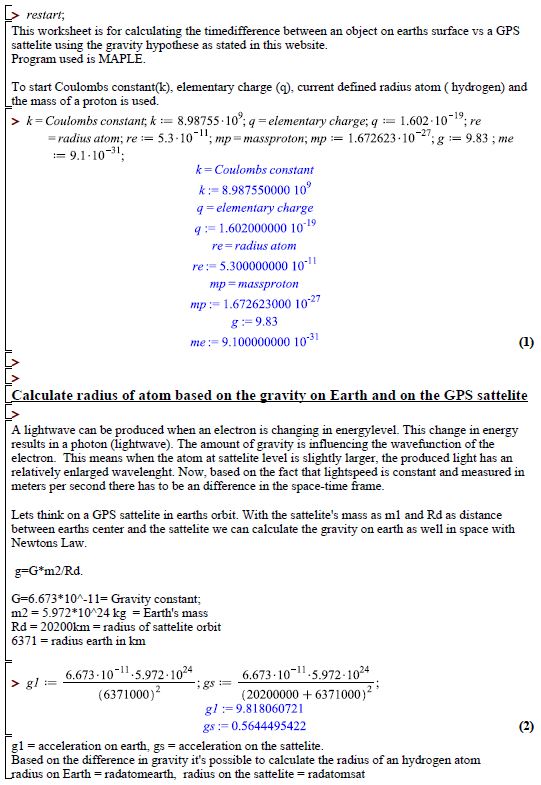 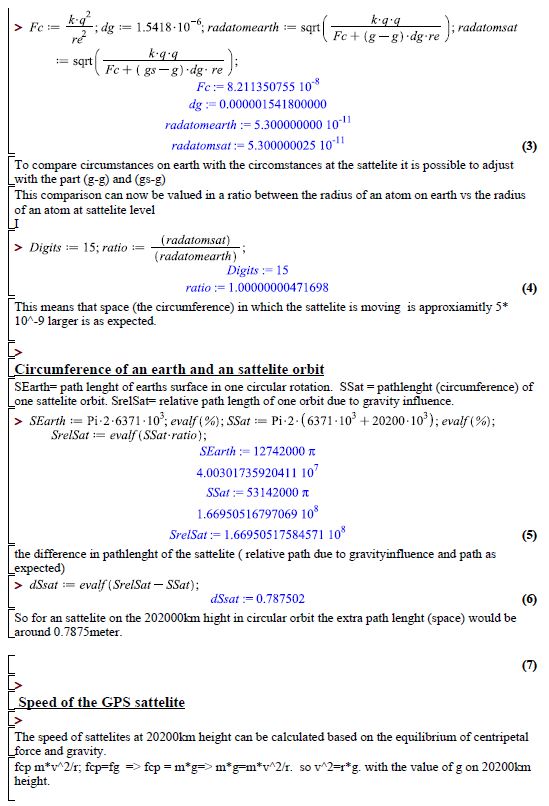 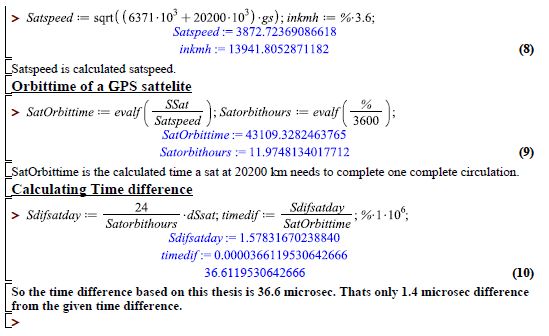